In Keith’s words. “Using this photo ( below)as inspiration, write a short story, flash fiction, scene, poem, anything, really; even just a caption for the photograph. Either put it (or a link to it) in a comment or email it to me at keithchanning@gmail.com before 6 pm next Sunday (if you aren’t sure what the […]

MISSED IT by Christine Okuonghae

Walking and walking, we felt tired and hungry. Locating this place was hard and tiresome. We looked at each other and we entered through the small space one after the other. And we stopped at the sight we saw, a pigeon sitting where the fire had been set up, the barbeque stand empty and the empty cold chairs. How long had the meeting lasted? The whole night? The lantern was still positioned but turned off. Where was everyone? The meeting has gone on without us and only three persons had attended. We walked round looking for anything left but nothing. “Perhaps. They didn’t have a meeting.” I started.

My partner looked at me for a second.

“Maybe it was picnic between the three of them.” I continued.

My partner looked at me, confused.

I explained my point as I point to the picture before me. “He turned his chair backwards because he was relaxing, they were simply having a hang out.”

“If that were true, why were we invited?”

I shrugged. “We make a fine company, I guess.”

He moved towards the entarance. “It turned out, they didn’t need our company, after all.”

He walked out of the place and I followed, what could we do now, except start our journey again without food or water. 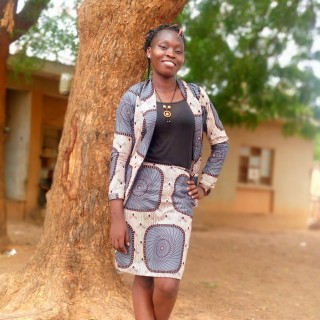 news from around the world

Reinventing and refreshing your home

Honest path to a peaceful life

Maybe the world doesn't give us lemons?

An initiative by R B K

Fall Into The Story

The official blog for Nora Roberts and J.D. Robb readers